The Amber Association continues the tradition of associating people of this profession, existing in Gdańsk for over half a millennium. The basic aims of former guild organizations and our organization today are very similar - protection of members' interests and systematic education of adepts and professional development of masters.

The first statute of the guild of amber was registered by the Gdańsk authorities in 1477 under the name Der Borstryndirgher Ordinance. It was possible thanks to the freedom of association obtained after incorporation of the city into the Polish Crown. Earlier, in the fourteenth century, under the rule of the Teutonic Order, amber jeweller acted as one of 31 registered in Gdansk professions, but without the right of independent economic activity (only as servants of the Order) and association.

The Gdańsk guild of amber jewellers grew rapidly thanks to the unique role of Gdansk trade in the Polish-Lithuanian Commonwealth and at the beginning of the 16th century, it comprised 46 workshops employing over 300 people (masters, apprentices and terminators). At that time, it was the second largest occupation in the city of Gdansk. Later, at the request of the craftsmen themselves, the number of workshops was limited by resolutions of the City Council to 40, and the employment in each workshop up to 6 people.

It was strictly observed not only to limit the number of workshops, but also the rules for obtaining professional qualifications, product quality, copyrights and the moral attitude of members. Cech fiercely combated illegal competition on the part of so-called "bunglers", that is, part of the producers who did not want to submit to guild rules.

After the partitions of Poland and the Napoleonic wars at the turn of the 18th and the 19th centuries, there was a general economic collapse and the gradual disappearance of amber manufacture in Gdańsk, as well as the associated disintegration of the guild. From the mid-nineteenth century, only the profession of "amber turners" existed, producing typical necklaces made of spherical beads. These traders were included in the guild of carpenters.

The break in the existence of its own amber organization lasted about 150 years. For centuries from the mid-nineteenth century to the end of World War II, the reason was the fall of craftsmanship and the emergence of manufactures and industrial plants in its place where amber processing was just one of many production departments. In the interwar period, and especially after Hitler came to power, the German government sought to monopolize production in a state-owned enterprise under the name Staatliche Bernstein Manufaktur in Königsberg, in which the possibilities of a professional corporation were excluded. In Gdansk, SBM employed 360 people. During the war, all Gdańsk amber workshops were destroyed. Qualified amber jewellers died during the war or were displaced to Germany. Only two people of Polish nationality remained with journeyman qualifications. The production and professional staff had to be organized from scratch. In the forties, new amber workshops began to emerge very quickly, and thanks to the natural susceptibility of amber to processing, over 100 people were able to master the ability to make pre-war standard designs. The systemic doctrine of the state of "real socialism" radically inhibited this spontaneous development of production.

For decades, there has been a slow return to economic freedom and a normal market. It was only after the change of the economic system that the Polish amber industry gained the conditions for free development. In the last decade of the twentieth century, over 10,000 people have found employment in our field of economy. The most active of them decided to create a professional organization based on old traditions but enriched with new forms and ways of doing things.

Establishment of the Association

The International Amber and Jewellery Trade Fair "Amberif" became a forum for meeting the most important manufacturing and trading companies, and the accompanying seminars created the opportunity to cooperate with the science of amber. Design competitions brought together artists-designers, and collector-listing auctions. Taking advantage of the convenient opportunity to establish contacts, the Amberif Consultors Council composed of: Tadeusz Befinger, Wiesław Gierłowski, Giedymin Jabłoński, Stanisław K. Jacobson, Norbert Nagel with the participation of the Fair Commissar "Amberif" Ewa Rachoń and the owner of the company "Venus" Jacek Leśniak and the support of the President On January 7, 1996, MTG SA, Jerzy Pasiński, decided to establish a founding committee for the professional organization of ambermen.

The preparation of the draft statute was entrusted to Wiesław Gierłowski. After several discussions on the statutory goals and means of action, the founding meeting of the Amber Association was convened on February 27, 1996. 27 people representing various specialities took part in it: owners of manufacturing and trade companies, artists-artists, scientists (geologists, biologists, art historians, archaeologists, technicians, conservators). The statute was adopted and submitted for the opinion by the Civil Affairs Department of the Provincial Office in Gdańsk. After obtaining a positive opinion, he was submitted to the Provincial Court in Gdańsk.

On the basis of the submitted documents, the Amber Association in Poland was entered into the register of associations under number 196/96 on 29 April 1996. From that date, it obtained legal personality. The first general election meeting was convened in accordance with the Statute on June 10, 1996. 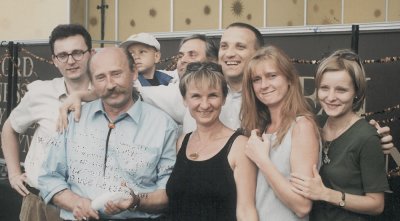 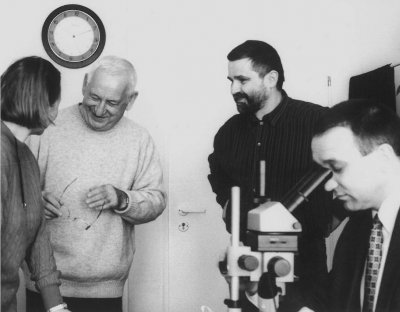 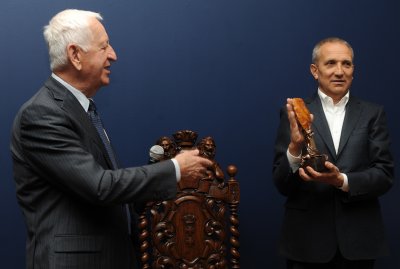 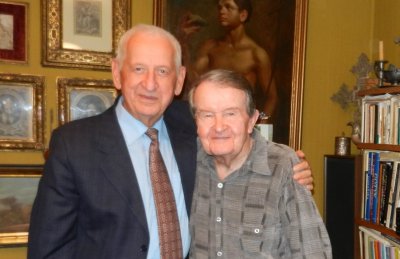