Honorary Member of the IAA

Professor Ryszard Szadziewski begun research on inclusions in eighties of 20th century. He is Founding Member of the Fossil Insects Section at the Polish Entomological Society established in April 1985. In the year 1988, his habilitation monograph devoted to fossil flies appeared “Biting midges (Diptera, Ceratopogonidae) from Baltic amber”. Between years 1988-2008 and since 2011 to present he is Head of the Museum of Amber Inclusions (since May 20155 Laboratory of Evolutionary Entomology and Museum of Amber Inclusions) at the Department of Invertebrate Zoology and Parasitology, University of Gdańsk.

During his over 30 years work on biting-midges inclusions, he described 179 extinct taxa (1 tribe, 14 genera and 164 species new to knowledge), mostly from the Baltic amber. The name of City of Gdańsk or the Baltic Sea he commemorated in two generic names[1] –Gedanohelea and Gedanoborus and in 11 specific epithets[2]. Although the “Gedanian” names were given to small flies, they are left permanently in scientific literature, and even after hundreds of years, the following students and scientists will be reminded about strong relationships of Gdańsk with amber.

Professor Ryszard Szadziewski authored over 50 papers dealing with amber, strict scientific publications, chapters in books, as well as in popular-science papers and publicist writings. Since the beginning he was in favour to establish the Museum of Amber in the city, seeing the support of Gdańsk amber workers and observing how the unique and precious specimens were sold and exported abroad. With their support, in the year 1998, he convinced the Scientific Council of the Faculty of Biology, Geography and Oceanology at the University of Gdańsk, to erect Museum of Amber Inclusions in the Department of Invertebrate Zoology. During his research, he gathered the collection of 133 specimens, (including two the most precious and important for science descriptive types), which was donated by him the newly erected University’s Museum. Professor Ryszard Szadziewski supervised 5 M.Sc. theses and one Ph.D. thesis focused on inclusions in amber. He is President of the World Amber Council, continuously, since the year 2008. During the years 2004–2008, he was President of the Fossil Insects Section (since 2005 Palaeoentomological Section) of the Polish Entomological Society. Despite of his highly scientific character of his research on biting midges, he was include also in popularisation activities – since its beginnings he was involved in activities of the Palaeoentomological Gallery during the International Amber Fairs AMBERIF. 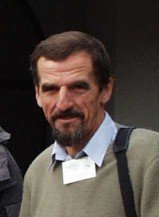